As this advent series nears its destination, I leave you with this remarkable excerpt by Madeleine L’Engle (from Winter Song) alongside Robert Graham’s extraordinary bronze sculpture of the Virgin Mary from the grand entrance to Our Lady of the Angels Cathedral in downtown Los Angeles. Whether you are an artist, a person of faith, or both, I hope they speak to you as they do to me. 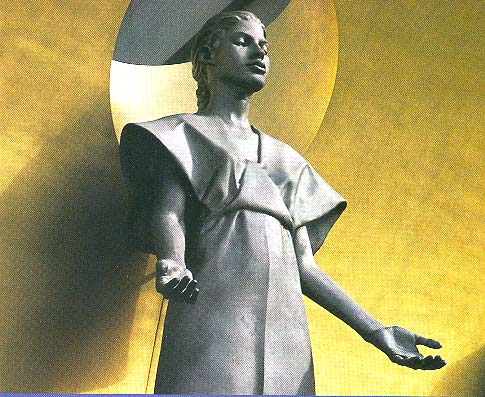 The Other Side of Reason

To paint a picture or to write a story or to compose a song is an incarnational activity. The artist is a servant who is willing to be a birthgiver. In a very real sense the artist (male or female) should be like Mary, who, when the angel told her that she was to bear the Messiah, was obedient to the command.

Obedience is an unpopular word nowadays, but the artist must be obedient to the work, whether it be a symphony, a painting, or a story for a small child. I believe that each work of art comes to the artist and says, “Here I am. Enflesh me. Give birth to me.” And the artist either says, “My soul doth magnify the Lord,” and willingly becomes the bearer of the work, or refuses; but the obedient response is not necessarily a conscious one, and not everyone has the humble, courageous obedience of Mary.

As for Mary, she was little more than a child when the angel came to her; she had not lost her child’s creative acceptance of the realities moving on the other side of the everyday world. We lose our ability to see angels as we grow older, and that is a tragic loss.

God, through the angel Gabriel, called on Mary to do what, in the world’s eyes, is impossible, and instead of saying, “I can’t,” she replied immediately, “Be it unto me according to thy Word.”

How difficult we find the Annunciation. How could one young, untried girl contain within her womb the power which created the galaxies? How could that power be found in the helplessness of an infant? It is more than we, in our limited, literal-mindedness, can cope with, and so we hear, “I can’t be a Christian because I can’t believe in the virgin birth,” as though faith were something which lay within the realm of verification. If it can be verified, we don’t need faith.

I don’t need faith to know that if a poem has fourteen lines, a specific rhyme scheme, and is in iambic pentameter, it is a sonnet; it may not be a good sonnet, but it will be a sonnet. I don’t need faith to know that if I take flour and butter and milk and seasoning and heat them in a double boiler, the mix will thicken and become white sauce. Faith is for that which lies on the other side of reason. Faith is what makes life bearable, with all its tragedies and ambiguities and sudden, startling joys. Surely it wasn’t reasonable of the Lord of the Universe to come down and walk this earth with us and love us enough to die for us and then show us everlasting life? We will all grow old, and sooner or later we will die, like the old trees in the orchard. But we have been promised that this is not the end. We have been promised life.

What would have happened to Mary (and to all the rest of us) if she had said No to the angel? She was free to do so. But she said, Yes. She was obedient, and the artist, too, must be obedient to the command of the work, knowing that this involves long hours of research, of throwing out a month’s work, of going back to the beginning, or, sometimes, scrapping the whole thing. The artist, like Mary, is free to say No. When a shoddy novel is published the writer is rejecting the obedient response, taking the easy way out. But when the words mean even more than the writer knew they meant, then the writer has been listening. And sometimes when we listen, we are led into places we do not expect, into adventures we do not always understand.

A young woman said to me, during the question-and-answer period after a lecture, “I read A Wrinkle in Time when I was eight or nine. I didn’t understand it, but I knew what it was about.”

As long as we know what it’s about, then we can have the courage to go wherever we are asked to go, even if we fear that the road may take us through danger and pain.

With an artist’s faith,
Heather 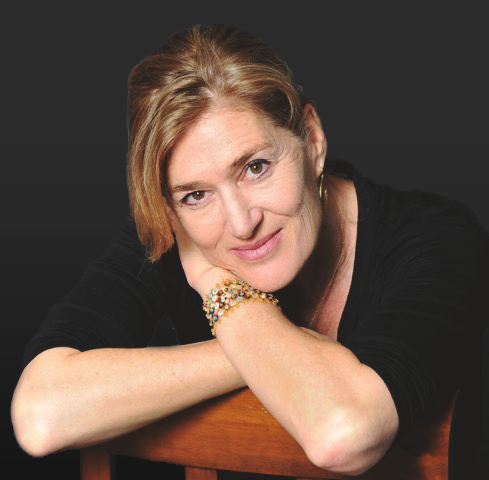